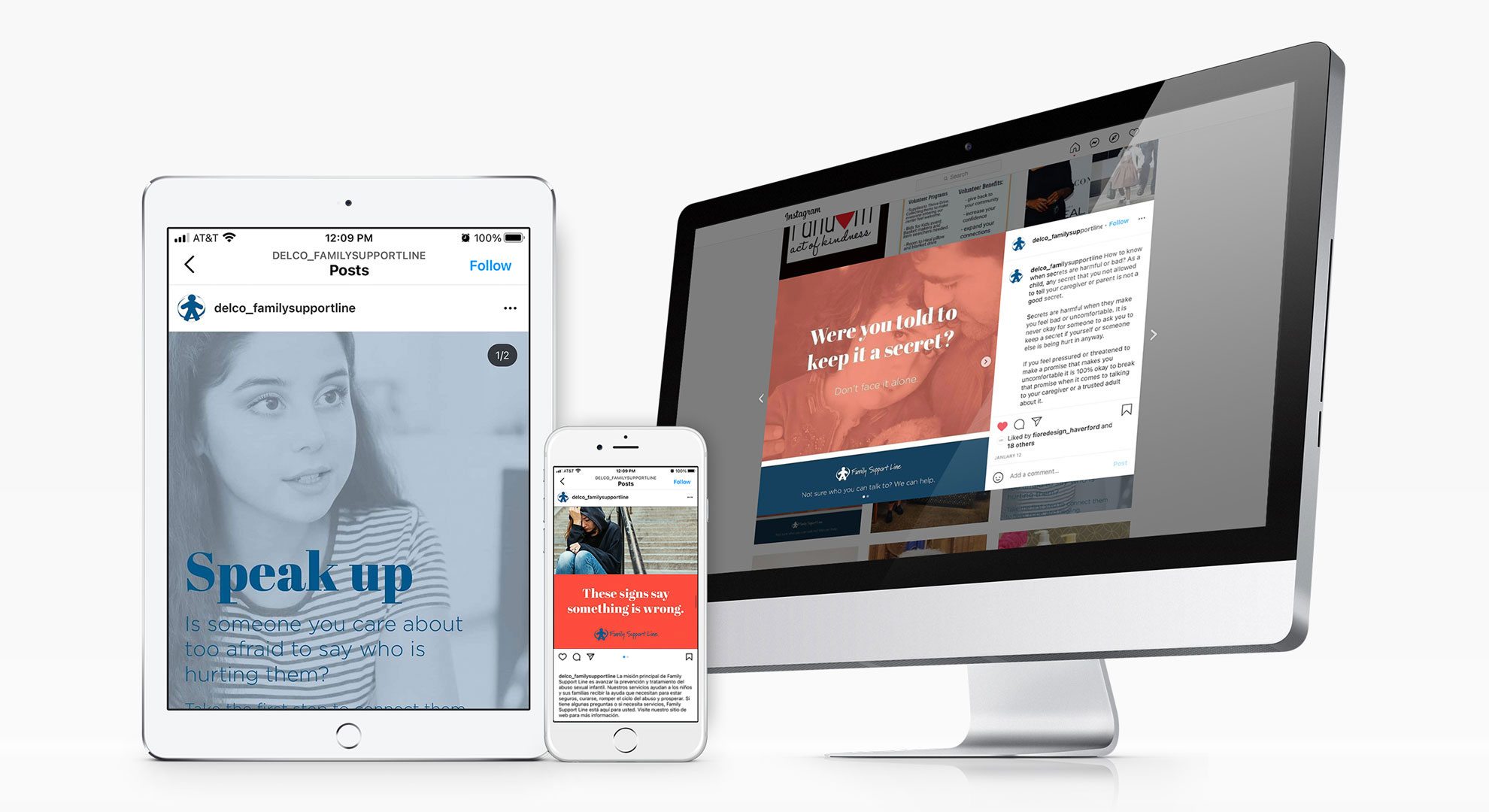 Create a social media campaign as a way to reach youth to educate and create awareness around childhood sexual abuse.

Pre 2020, Family Support Line had reached children who may be experiencing sexual abuse through programs at schools or community outreach. During the pandemic, they realized the need to reach their audience in another way. Family Support Line came to Fiore Design to help them create a campaign that would reach children, friends, and family members of vulnerable adolescents. Trying to reach their demographic in this way had not been done in the past.

The Strategy and Creative Solution:

It was determined that Instagram would be the correct vehicle to reach this target group based on budget and reach. The graphics created were an entry point for Family Support Line to communicate directly with their demographic. The ads had to communicate the sensitive subject matter to the audience while engaging them on the platform and encouraging them to reach out and speak up if they needed help.
Working directly with Family Support Line clinicians on the appropriate language and then collaborating in order to shorten messaging, grab attention, and still resonate was a challenge we had to work through. 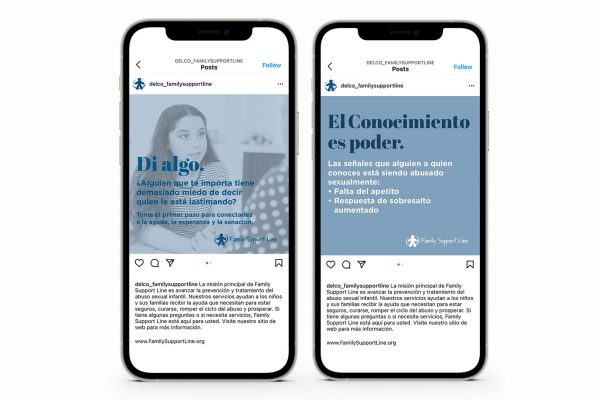 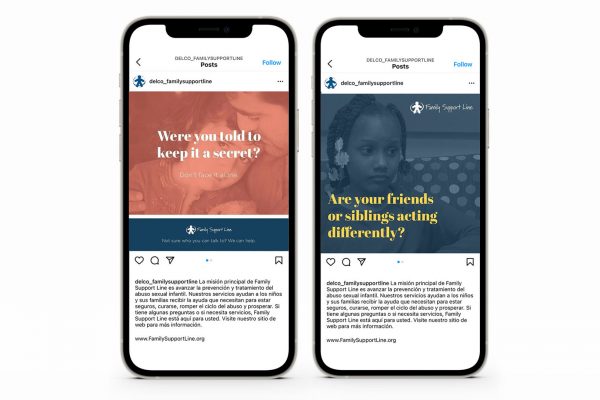 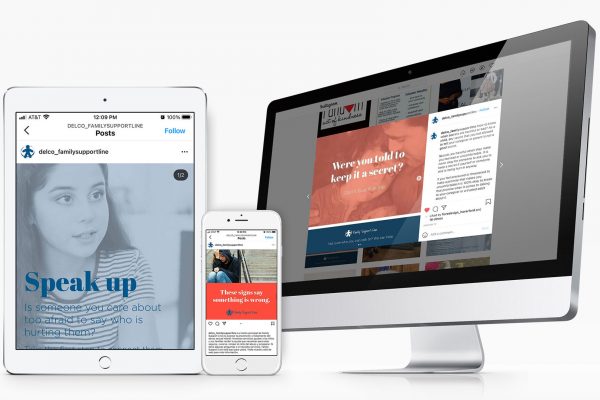 While the state of Pennsylvania as a whole saw a 16% decrease of child abuse reports and a 22% decrease of serious reports, Delaware County saw the opposite. There was a 20% increase of reports during the last half of 2020 compared to the same time in 2019, and a 48% increase in cases during January 2021 compared to the same period the year prior. Finally, there was a 21% overall increase in children served during the FY20-21 as of the last reporting period. This increase in cases directly correlates to the time frame in which the campaign was run.

The social media campaign had a 5.1% reach in Upper Darby alone, which is one of the biggest catchment areas for referrals and outreach programs. Instagram doesn’t have official data on the 9-12 year old age group, but Family Support Line reached about 14% of individuals between the ages of 13-24.

The campaign received exposure from local newspapers and podcasts, to a national workshop across the country. The campaign was also featured on the Pennsylvania Coalition Against Rape podcast, and Family Support Line was also selected to do a workshop and Q & A called “Social Isolation During Covid-19: How One CAC Reached Its Most Vulnerable Children at a national conference They are also invited to do a workshop at the Pathways for Victims Services conference which is taking place in October, 2021.

Fiore Design was selected to work with Family Support Line on a new public awareness campaign idea that had never been done before on the subject with our target audience anywhere in the Commonwealth of Pennsylvania. It required Fiore to have the patience, ability to communicate effectively, and be creative as we ventured through very unchartered territory with a small timeframe and budget during a global pandemic. They were with us EVERY step of the way and communicated their limitations based on budget, were flexible and creative with our very specific needs, and offered alternatives so we were very happy with the end product! I would highly recommend them. Not only were they talented, responsive, and a good value, but they are VERY mission focused and genuinely worked to ensure that their creative work was truly advancing our mission.
Sarah Gibbons, Executive Director, Family Support Line, Greater Philadelphia Area

We’ve written one sheeters with our best advice on how to choose a print vendor, how to write a creative brief, and other useful tips. If you’d like to check them out, please enter your name and email below: